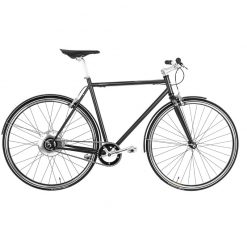 Attack the city with the first ever Electrified Cooper Bikes. The Cooper E features the same ‘KERS’, Kinectic Energy Recovery System, technology found in Formula 1 cars. Matched with the Zehus all in one motor, beautiful Reynolds steel frame, and striped back design the Cooper E is the perfect electrified city bike. Available in 4 unique Cooper colours. Finished off with the comfortable Brooks Cambium All Weather saddle.

The 250 watt motor even has an in-built KERS system (Kinetic Energy Recovery), technology that is found in modern day Formula One cars. The Cooper E bike is clean and elegant in its design but functions as a brilliant city eBike.

Cooper Bikes is the bicycle division of the Cooper Car Company, the company behind the original Mini Cooper and F1 champions in 1959 and 1960. Cooper is a brand forged in the furnace of disruption. A brand inspired by an individ­ual that refused to accept the ac­cepted wisdom and chose to do things his own way. A brand that became a byword for revolution and innovation. A brand that genuinely changed performance engineering forev­er. A brand that changed the status quo by putting excellence within reach of the masses. A brand whose achievements made it legend.

John Cooper was the most radical automotive engineer in racing history. Flying in the face of conventional wisdom, he was the first man to build a rear-engined racing car, and the first to win a Formula1 race with one. The man who saw the Mini for what it is was, a brilliant handling car that could win races – leading to him to create the Mini Cooper.

It is this legacy of innovation and technology that defines what Cooper is today. Cooper technology and performance is focused not on motorcars but on bicycles and e-bikes. The concept is similar, use the best, forward thinking technology and make it available to improve the experience for the user.

Cooper’s vision is to use latest technologies, including electrification to create the ultimate mode of urban transportation. Capability to gener­ate speed as well as load carrying capacity, easy hill climbing, range and all terrain comfort.

In 2009, Mike and Charlie Cooper, John’s son and grandson, exasperated by the state of the once great Brit­ish Cycle industry, revisited this Cooper ‘sideline’. Together they designed a range of modern bikes that utilised the engineering, design and innovation that made the brand famous.

From the start they married modern bike technology to the traditional design principles practiced and much loved by the engineers at Cooper. Cooper Bikes launched in October 2009 with two ‘T100’ models bikes that combined the elegant beauty of simple design in partner­ship with the latest bike technology. The range gained critical acclaim and Cooper Bikes have carried the Cooper legacy of innovation and design beauty ever since.

There are no questions yet

Your question will be answered by a store representative or other customers.

Thank you for the question!

Your question has been received and will be answered soon. Please do not submit the same question again.

An error occurred when saving your question. Please report it to the website administrator. Additional information:

Thank you for the answer!

Your answer has been received and will be published soon. Please do not submit the same answer again.

An error occurred when saving your question. Please report it to the website administrator. Additional information: 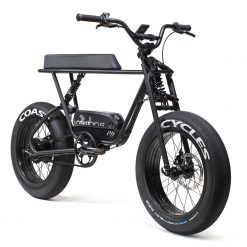 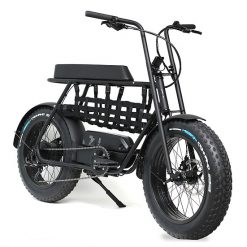